As we cruise into mid-June, here are some promising A&E offerings to consider for this week.

Like what you see here? Shoot me a note and/or help spread the word. I want to make this an every Monday offering. Cheers.

By the time I got to see the recent Broadway revival of “Pippin,” the life had been pretty much wrung out of it. There was an exception, though. The actress playing Catherine was so truthful, so quirky, and so gloriously in the moment that the evening was nearly redeemed. On my next trip to New York, I found out that actress was in another musical off-Broadway and even though I have never found much of 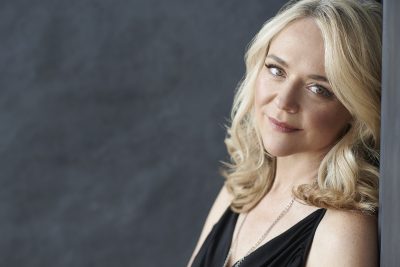 merit in its composer’s work, I went anyway. Once again, I thought the music off-putting and tiring but, damn, that actress was, once-again, terrific. The next time in the city, I couldn’t get a ticket to see her new show–the breakout hit “Dear Evan Hansen.” Now, that actress, Rachel Bay Jones, has Tony Award under her belt and lots of material to choose from. Alas, now that she’s in my town, it’s a weekend when I’ll be away. But at least I know that more people from Indy will have the opportunity to experience the work of this very talented singing actress. June 15-16 at the Cabaret.

Paula Vogel’s highly theatrical recent play gets filtered through the sensibility of Martha Jacobs, one of the area’s top directors, for its local debut at the Phoenix. Describing the play can make it sound esoteric and distancing: It tells the story of the development and aftershocks of the New York debut of Sholem Asch’s “God of Vengeance,” a play that dealt with prostitution and lesbianism…in 1906. But this is no dry historical play. June 14-July 8 at the Phoenix.

One of the city’s leading musicians turns into a human jukebox for this concert under the Sails behind the Eiteljorg Museum. The gimmick: He’s got a long list of tunes posted, primarily from the 60s and 70s. Audience members cast votes and he plays the ones most people want to hear. Populism rules–at least for a few blissful hours. To take a look at the nearly 300-song list, click here. June 13 at the Eiteljorg.

The touring production celebrating the 20th anniversary of the musical arrives in Indy just after its 22nd anniversary. You can do the math yourself on how many minutes that is (keeping into account that five hundred twenty five thousand six hundred minutes equals a year).

According to the tour schedule on the show’s website, Indianapolis is the last stop on this non-Equity tour, so I’d go in with the expectation and hope of seeing a decent college production.

I’ve found the show itself to play better as a period piece than it did when it was contemporary theater, so that can work in the show’s favor. But I’m still uncomfortable about the killing of the dog. June 12-17 at Clowes Hall