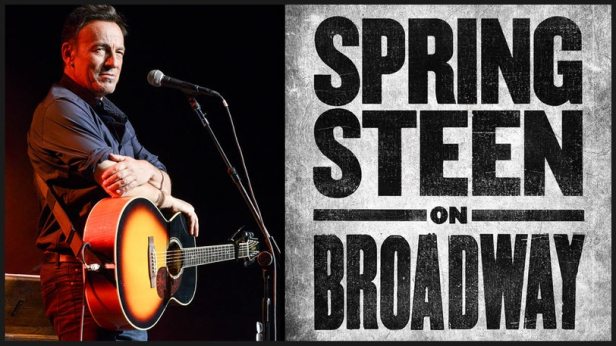 The assumption, I assume, for many who haven’t seen it will be that Springsteen on Broadway is a concert film.

But those who couldn’t get to–or afford–the high-ticket blockbuster show in New York may be surprised when watching it on Netflix that it’s actually more of a storytelling event than an evening of music.

Yes, there are songs in the mix (including a reclamation of his much-mocked “Dancing in the Dark”). But this is hardly a greatest hits collection or a presentation likely to earn repeat viewings. This isn’t “The Last Waltz” or “Stop Making Sense.” Sure, audiences would have been happy–ecstatic, rather–with an evening of the Boss’ greatest hits. Hell, even an evening of his b-sides. But Springsteen opted for something different and riskier.

Well beyond merely setting up songs with pithy anecdotes, he committed himself to earthy, poetic memories, mixing weariness and joy, determination and fatality. It’s a tightly written, very literary performance piece offered by a master in which he admits, right off the top, that his music is a combination of observation and imagination. He accepts that a great band is more than just a collection of quality musicians. And he wrestles with some big ideas and personal matters–in a way perhaps only a guy who grew up working class can.

It adds up to a mature work–one that accepts that with maturity comes a sense of loss–for youth, for friends, for sounds and smells, and for a far away horizon that age brings closer. “Springsteen on Broadway” is an act of faith, for both himself and his fan base.

And it pays off.