Okay, not officially. But I grew up in the shore town of Wildwood, NJ, and Memorial Day weekend meant the beginning of summer to us. (See my plays “Lightning and Jellyfish” and “Rita from Across the Street” for more on life in Wildwood.)

But that’s no reason to put the live arts on hold. This week, there are plenty of theatrical opportunities around Indy. You just have to know where to find them.

The final production for Dance Kaleidoscope vet Caitlin Negron (below, photo by Drew Endicott) puts her in the role of the bride in Martha Graham’s classic work. The sets and costumes come directly

from the Martha Graham Dance Company and he piece is partnered with “Sing, Sing, Sing,” set to the Benny Goodman mainstay and “Taking Watch,” by Chicago choreographer Stephanie Martinez. May 31-June 3 at the Indiana Repertory Theatre.

No, that’s not a typo. Two local companies are offering the same musical at the same time. The suddenly popularity of the 2012 musical could have something to do with the rising stardom of the composer/lyricist team of Pasek & Paul, who scored big on Broadway with “Dear Evan Hansen” while also having strong showing at the movies with “The Greatest Showman.” This one didn’t do quite so well, but its off-Broadway cast was recording, helping to spread the word about the show. Based on the 1991 film of the same name, it concerns an

unlikely romance that arises out of a cruel ritual in which Marines heading to Vietnam challenge each other to find the ugliest date for their last-night-before-shipping-out party.  It’s being staged by Eclipse, the emerging artist spin-off of Summer Stock Stage at IndyFringe May 31-June 17, and also by Buck Creek Players (featuring Addison Koehler as Rose, left) June 1-17

performance in the original cast of “Dreamgirls.” June 1-2 at the Cabaret.

This week, the ISO offers one of Mozart’s most intense works. Next week, with what promises to be an epic production of “The Magic Flute,” it offers one of his lightest. The first of these contrasting programs features Krzysztof Urbański leading the Indianapolis Symphony Orchestra and guest pianist Emanuel Ax. June 1-2 at Hilbert Circle Theatre. Prefer to hang out in Carmel? The program shifts to the Palladium for a matinee June 3. 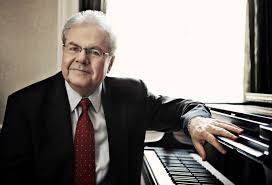